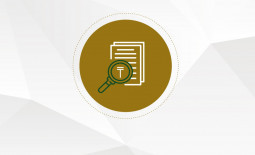 National Bank of Kazakhstan has assessed the 2021 nominal yield of the most popular financial instruments among general public in Kazakhstan. These are bank deposits in different types of currencies (KZT, USD and Euros, RUR), gold as well as foreign currency in cash (USD, Euro, RUR and KZT), and, as an alternative, stocks of Kazakhstan’s companies.

in order to maintain comparability, deposits with a maturity of 12 months with monthly capitalization were considered. The maximum yield on tenge deposits reached 14% in January 2021 (on saving deposits with a 1-year term), on deposits in foreign currency it was 1%.

The exchange rate of the tenge against the USD, Euro, Russian ruble and cost of a gram of gold in tenge at the beginning and end of the covered period are set out in Table 1. The KASE Index was used as a proxy for return on Kazakhstan’s stock market.

Investments in shares of Kazakhstan’s companies brought the highest return in 2021 at 37.4% against the background of growth in commodity markets (oil and uranium) and growth in company profits, accompanied by an upgrade in ratings.

High interest rates of a tenge saving deposit brought a similar attractive income of 14.00%. Allocating the money in dollar deposits, given the maximum income and changes in the tenge exchange rate against the USD, brought a 3.63% yield, which is 3.9 times less than return on tenge saving deposit. The tenge weakened against the USD in 2021 from 420.71 to 431.67 amid a global USD improvement caused by investors’ expectations of earlier tightening of the US Fed’s monetary policy and an increase in domestic demand for currency due to recovering imports and consumer activity.

The Ruble deposits yielded a 3.15% return, which is 4.4 times less than yield on tenge saving deposits. Tenge depreciated from 5.65 to 5.77 against the Russian ruble in 2021 in the conditions of growing imports of goods from Russia.

According to the level of nominal yield, they are followed by savings in cash USD and Russian rubles, the yield of which would be 2.61% and 2.12%, respectively, due to changes in the exchange rate.

Investments in gold brought a negative return of (-)1.67% as a price for the precious metal in 2021 fell from 25,396.01 to 24,970.91 KZT per gram amid easing uncertainty about global growth prospects due to development of vaccines and implementation of mass vaccination. Gold failed to recover its investment position as a hedge against inflation, on the contrary, the demand for shares and real estate grew.

Investments in a Euro deposit, given a maximum rate in second-tier banks of the Republic of Kazakhstan and changes in the exchange rate, brought a negative yield at the level of (-)4.55%, in cash Euro - (-)5.49% due to appreciation of the tenge against Euro from 516.13 to 487.79. Dynamics of the euro was determined by a more dovish tone of the ECB than the US Fed, and the energy crisis, which had a negative impact on business activity in the region (table 1).