Situation on Financial Market in September 2022 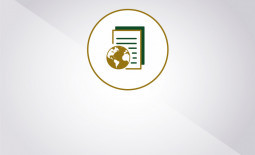 TONIA[1] indicator, which is a target rate when conducting monetary policy operations on the money market, was formed within the interest rate corridor in September 2022 (diagram 1). In September 2022, the weighted average value of TONIA, following the base rate, rose by 0.4 percentage points and made 14.4% p.a. (14.0% in August 2022). In early September, TONIA rate was near the upper limit amid a growing demand for tenge liquidity, then, after a short decline to the lower limit, it formed near the base rate.

In September 2022, four auctions of NBK notes were held for a total amount of 1,722.2 billion KZT, the entire volume of the placement included 1-month notes (weighted average yield – 14.48%) in connection with exclusion since September 2022 of an issue of 91-day notes.

Volume of repayment of short-term notes of the National Bank in September 2022 made 1,917.92 billion KZT.

In September 2022, the Ministry of Finance of the Republic of Kazakhstan made 9 placements of short-term government securities (MEOKAM – 5 placements, METIKAM[2] – 4 placements) in the amount of 219.82 billion KZT with maturity from 2 to 4 years. Yield on them ranged from 13.90% to 15.16% per annum.

Volume of securities of the Ministry of Finance of the Republic of Kazakhstan in circulation in September 2022 rose by 2.7% and by 15.1% year-to-date. [3]

Against the background of the balance of supply and demand for the USD in September 2022, the tenge exchange rate varied within the range of 471.34–481.16 tenge per USD.

Total volume of transactions on the KZT-US dollar currency pair contracted by 3.5% for the month (decrease – by 13.7% y/y), including volume of exchange trading on the Kazakhstan Stock Exchange shrank by 7.2% m/m and by 29.2% y/y.

In September, ruble supply from the population exceeded its demand, and on a net basis, sales of Russian rubles surpassed its purchases by 2.2 billion KZT.

Gross international reserves of the National Bank for September 2022, according to tentative data, inched up by 0.3% and totaled USD 32.8 billion.

The reserves grew in the currency part due to an inflow of funds to the foreign currency accounts of STBs with the National Bank. Part of the increase in reserves was offset by falling gold prices and payment of the public debt.

International reserves of the country as a whole, including assets of the National Fund in foreign currency (USD 51.6 billion), made USD 84.4 billion at the end of September 2022.

Monetary base in September 2022 contracted by 1.7% and amounted to 11,871.4 billion KZT (an expansion of 8.3% since the beginning of the year) against shrinking volumes of bank deposits.

Against the background of continued attractiveness, deposits in the national currency increased by 4.6% for the month. Deposits in foreign currency grew by 0.7% due to adjustment of tenge exchange rate and corresponding revaluation. Along with that, foreign currency deposits decreased by 0.3% in currency terms. As a result, dollarization level of deposits in September 2022 was 35.6% (36.5% in August 2022, 36.0% in December 2021).

Corporate deposits in the national currency increased by 5.3% m/m, mainly due to an inflow of fixed-term deposits (up by 13.5% m/m). Dollarization of corporate deposits went down to 39.3% compared to the previous month, but remains above the level of the beginning of the year (37.6%) against the background of a continued inflow of foreign currency deposits since May 2022.

In September, marginal KDIF rates on retail deposits remained at the same level, reaching 16% for certain types of saving deposits.

Volume of fixed-term deposits amounted to 20,032.9 billion KZT, with a 5.0% increase m/m, mainly due to tenge deposits. In their structure, deposits in the national currency accounted for almost 2/3 of the total deposit portfolio.

With the stable base rate level, the weighted average interest rate on fixed-term deposits in tenge of non-banking legal entities in September 2022 remained at the level of August and made 12.4% (7.4% in September 2021), on retail deposits – a 0.1 p.p. increase compared to the previous month, and made 12.2% (8.3%).

Bank lending to the economy rose by 2.0% m/m to 21,101.2 billion KZT, an annual growth of 24.4%, despite a decrease in lending activities of the Russian banks, a high statistical base in 2021, as well as continued high uncertainty of banks and borrowers regarding prospects for economic development.

In September 2022 (compared to August), the weighted average interest rates on KZT loans issued to non-bank legal entities and individuals did not change and formed at the level of 16.2% and 17.8%, respectively.

In September 2022, 5.4 million transactions amounting to 66.4 trillion KZT were carried out through payment systems of the National Bank (Interbank Money Transfer System and Interbank Clearing System) (as compared to August 2022, down by 11.7% in number, by 7.9% in amount). On average, 246.1 thousand transactions worth 3.0 trillion KZT were made through these payment systems daily.

As of October 1, 2022, 18 banks and Kazpost JSC issue payment cards in the Republic of Kazakhstan. Total number of issued and distributed payment cards amounted to 62.7 million cards. In September 2022, 50.6% of these payment cards (31.7 million payment cards) were used for non-cash transactions and/or cash withdrawals.

Amount of pension payments in September 2022 was 32.2 billion KZT.

[1] A weighted average value of yield of one-day repo operations with securities of public stock basket with a 5% cut of transactions with the lowest and highest yield.

[4] Method of the yield function determination of public stock of the Republic of Kazakhstan, posted on an official website of the Kazakhstan Stock Exchange was used to plot the yield curve.