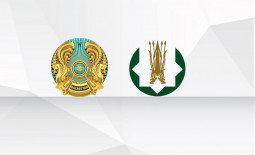 On December 2, 2022 the credit rating agency Fitch Ratings affirmed the sovereign credit rating of the Republic of Kazakhstan at “BBB”, with a “Stable” Outlook.

The key drivers for maintaining Kazakhstan’s credit rating continues to be a strong fiscal position and significant external reserves, which contributed to resilience to external shocks. According to Fitch Ratings, international reserves amounted to 37,8% of GDP at the end of 2021, which is significantly higher than the median indicator of Kazakhstan’s peers. At the same time, the country’s reliance on commodities, high inflation and less developed economic policy framework were noted.

According to the Agency, high prices for key export commodities and increase in oil production at the Tengiz field by 2024 will offset the impact of the geopolitical situation in the region.

Fitch Ratings analysts forecast peak inflation in the first half of 2023, while expecting an average inflation rate of 9.5%. The Agency emphasizes commitment of the National Bank to a floating exchange rate, which contributes to absorption of shocks.

The Agency also emphasized Kazakh banking sector’s adequate capitalization and pointed to its improvement. According to analysts, high interest rates on deposits in the national currency and a number of other measures helped to prevent deposit outflows, and keep the level of dollarization of deposits and loans nearly unchanged.

Detailed information for the media representatives is available by request:
8 (7172) 77–52–10
e-mail: press@nationalbank.kz
www.nationalbank.kz